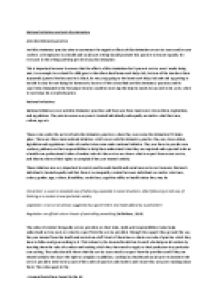 The United Nations Convention on the Rights of the Child (UNCRC) The United Nations Convention on the Rights of the Child (UNCRC) recognises the rights of all children. It was ratified by the United Nations in September 1989 and came into force in the UK in 1992.1 The UNCRC gives children and young people (under the age of 18) specific rights, through 54 articles. These include the right to: a family life; be protected from violence; have a say and be respected; be healthy; and have an education. It also gives extra rights to children and young people living in difficult circumstances such as young people in trouble with the law, young refugees and asylum seekers. September 2008 saw the completion of the UK?s most recent five-year reporting period on the implementation of the UNCRC, culminating with a hearing at the United Nations in Geneva. The UN Committee on the Rights of the Child then issued to the UK Government its conclusions and recommendations. The main aims of the UNCRC are: To promote respect for the views of children Support forums for children?s participation in matters affecting their lives Protect children against discrimination, including by addressing intolerance and negative perceptions of children and young people. (Anon, 2016) How legislation supports respect for cultural diversity in care settings The Equality Act 2010 supports respect for cultural diversity in different ways. The characteristics that are protected by the Equality Act 2010 are: Age Disability Gender reassignment Marriage or civil partnership (in employment only) ...read more.