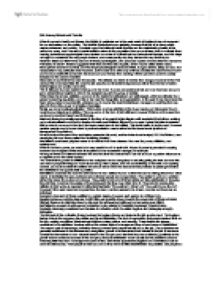 Bob Heaney Behavioural Theories When it comes to health and fitness, the British (in particular we in the west coast of Scotland) are not renowned for our enthusiasm on the matter. The Scottish Executive is now realising however that this is an issue which needs addressed, and quickly. The strain upon the National Health Service and the deteriorating health of the nation is a worry, and if we are to install suitable values in the population then we must learn how to motivate them. Leading behavioural psychologists have devised a number of motivational and behavioural theories, and this helps us begin to understand the way people behave, and consequently why they behave the way that they do. Abraham Maslow (1908-1970) was one of these psychologists, who produced a piece of work which he named his "hierarchy of needs". Maslow suggested that there are five sets of goals, which may be called basic needs. Mans primal need is for survival, and the simple physiological needs are thirst, hunger, shelter, sleep and s*x. Not necessarily in any particular order however, as the need for a drink may at times overtake the need for food- but if you found yourself with someone's hands around your throat, then needing a thirst quencher would be quickly forsaken for the need to breathe! ...read more.

They prefer to work on a problem rather than leave the outcome to chance. They prefer to look at a finished article and take satisfaction in knowing they did that, more than the praise or financial reward that they may obtain from it. They look for constructive criticism in their work, as opposed to attitudinal feedback; "How well am I doing", not " how well do you like me". However if this need becomes too great then the team member ceases to be a team member and becomes an individual. Everybody has each of these qualities to a certain degree, however each person is a different mix. Megalomaniac-c*m-ethnic cleanser, Adolf Hitler was possibly drawn towards the power side of things whereas Richard Branson is definitely driven by his need for achievement (although not as extreme as Hitler). McClelland's concept of achievement motivation is also related to Frederick Herzbergs' 2-factor theory. Frederick Herzberg, considered two theories of motivation which he called Hygiene and (strangely enough), Motivation. The first part of the motivation theory involves the hygiene theory and includes the job environment. The hygiene factors include the company, its policies and its administration, the kind of supervision that people receive while on the job, working conditions, interpersonal relations, salary, status, and security. ...read more.

Theory Y people are considered to be of the opinion that control and punishment are not the only ways to make people work, as man will direct himself if he/she is committed to the aims of the organization. If a job is satisfying, then the result will be commitment to the company. All of these theories have been described in a working context, however the same values can be applied in considering peoples commitment to health and fitness. People rarely achieve self-actualisation (Maslow) from their jobs, and may look for it in the form of a sport or physical activity. If they are not recognised for the work they do in their job, then they may look to be recognised as a good badminton player, weightlifter, football coach or another sport related activity where they will get the esteem and feeling of satisfaction they desire (Herzberg). Similarly they may get a sense of achievement from that first trophy they pick up, or the first 2lb they lose, when in their workplace things are monotonous and no sense of achievement is gained (McClelland). Humans are complicated animals. Our psyche is a difficult concept to understand, however so easy to manipulate with a few supportive words or a bit of praise. Bob Dylan once said "if someone gets up in the morning, goes to bed at night, and does what they want in between- that's success". It's not as simple as that. ...read more.