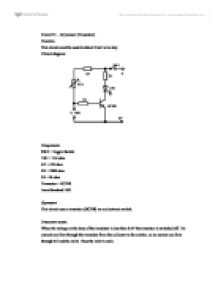 This circuit could be used to detect if soil is too dry. 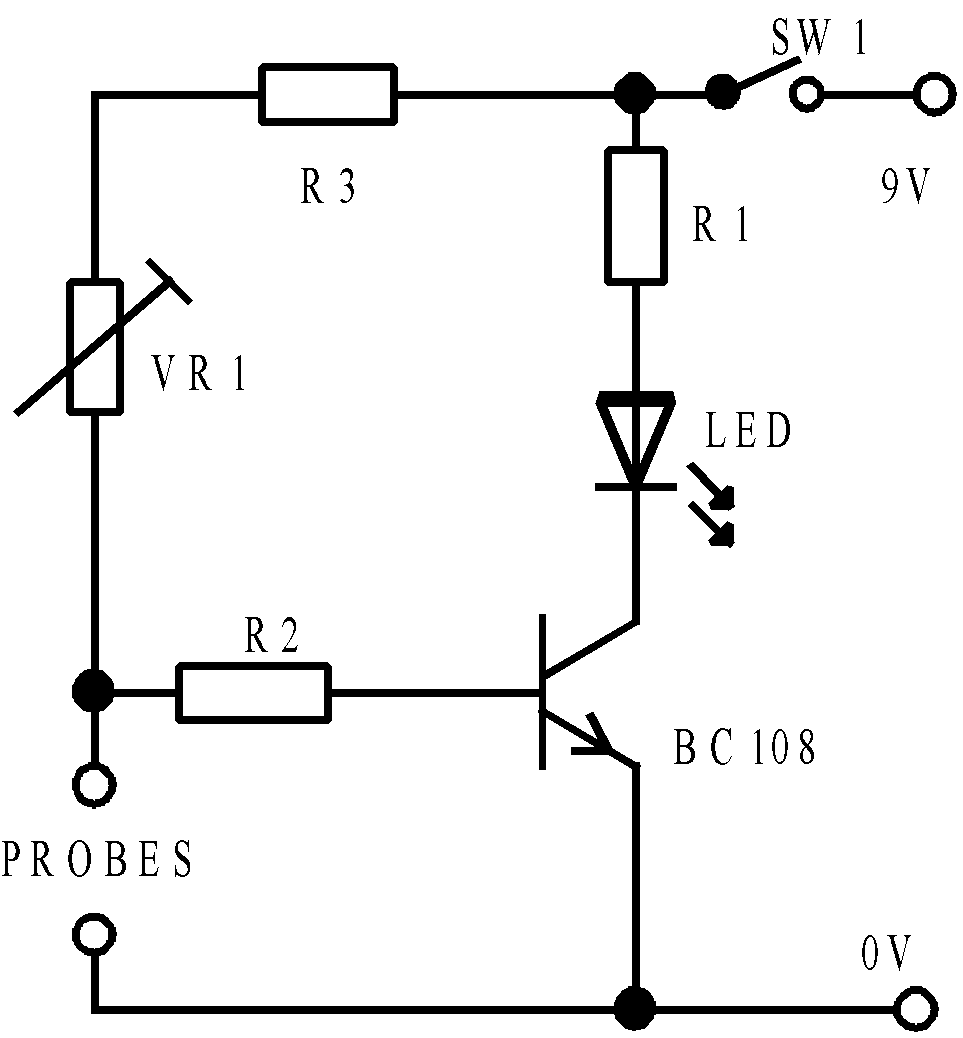 This circuit uses a transistor (BC108) as an electronic switch.

Resistance of the probes

Consider the variable resistor (VR1) and RP in series.  They form what is known as a voltage divider circuit.

Consider the value of the variable resistor set so its resistance is very high.

Consider the probes in moist conditions, their resistance is very low.

With the large resistance (VR1) and resistance RD connected in series, a large voltage drop will occur across VR1, so voltage at connection of VR1 and the probes will be very small (less than 0.6V).

With 7V dropped across it, and the maximum permissible current of 20 mA flowing through the LED, the size of resistor can be calculated using Ohms Law:

Remember the larger the value of R1 the less current is drawn from the battery.

So the battery will last longer at the expense of the LED being a little dimmer.

By adjusting VR1 so its resistance is small, the voltage on the base could be very high. This high voltage could damage the transistor. It is for this reason a base resistor (R2) should always be inserted.

R3 is also placed in circuit as a safety precaution.