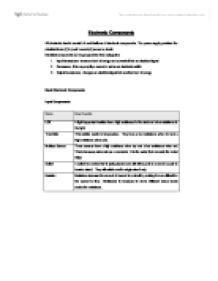 All electronic circuits consist of combinations of electronic components. The power supply provides the electrical force (V) to 'push' current (A) around a circuit.

Electrical components can be grouped into three categories:

The resistance can easily be changed by twisting the spindle.  Commonly known as a pot.  Resistors resist and direct the flow of electricity.  A potentiometer is a form of variable resistor with three connections.

Can be used as a potential divider.

Can be used as a light sensor, a photographer's light meter or a 'dark-operated' burglar alarm.

Can be used to regulate temperature, acting as a frost or fire alarm.  Also a protection device for projector lamps.

Can be used in bathrooms as a bath overflow alarm. 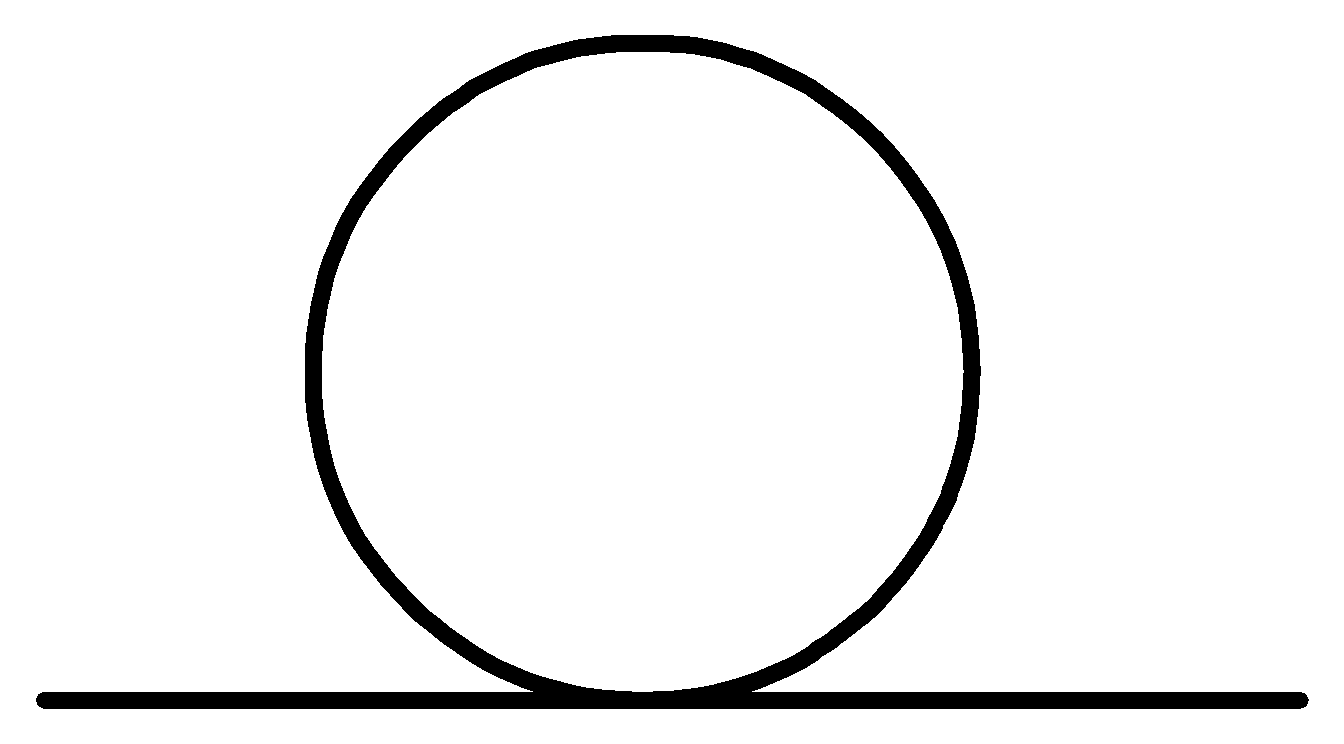 Sound waves force a plate in and out in rhythm with a voice.  This in turn squeezes carbon powder so its resistance decreases which in turn alters the current flowing in the circuit.

As a noise activated switch. 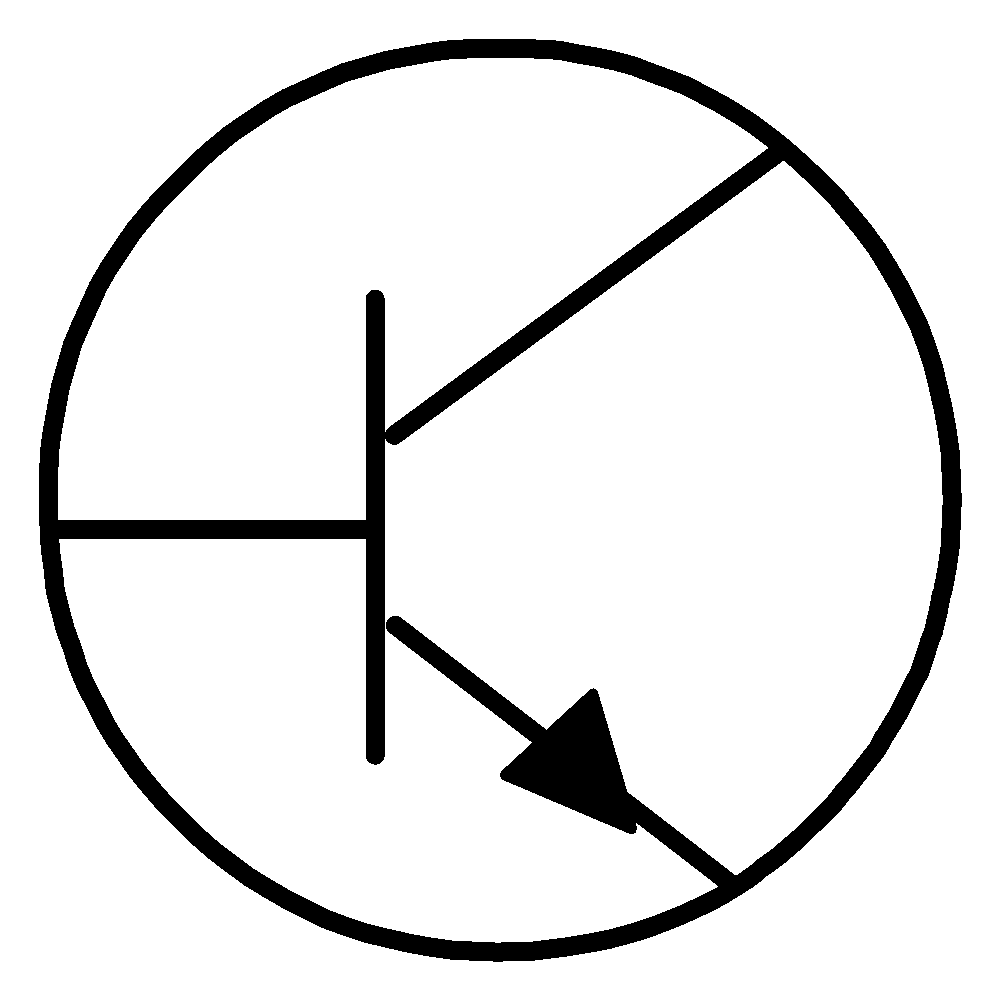 Transistors are semiconductors which can be used as a sensitive electronic switch.

Can be used to drive relays. 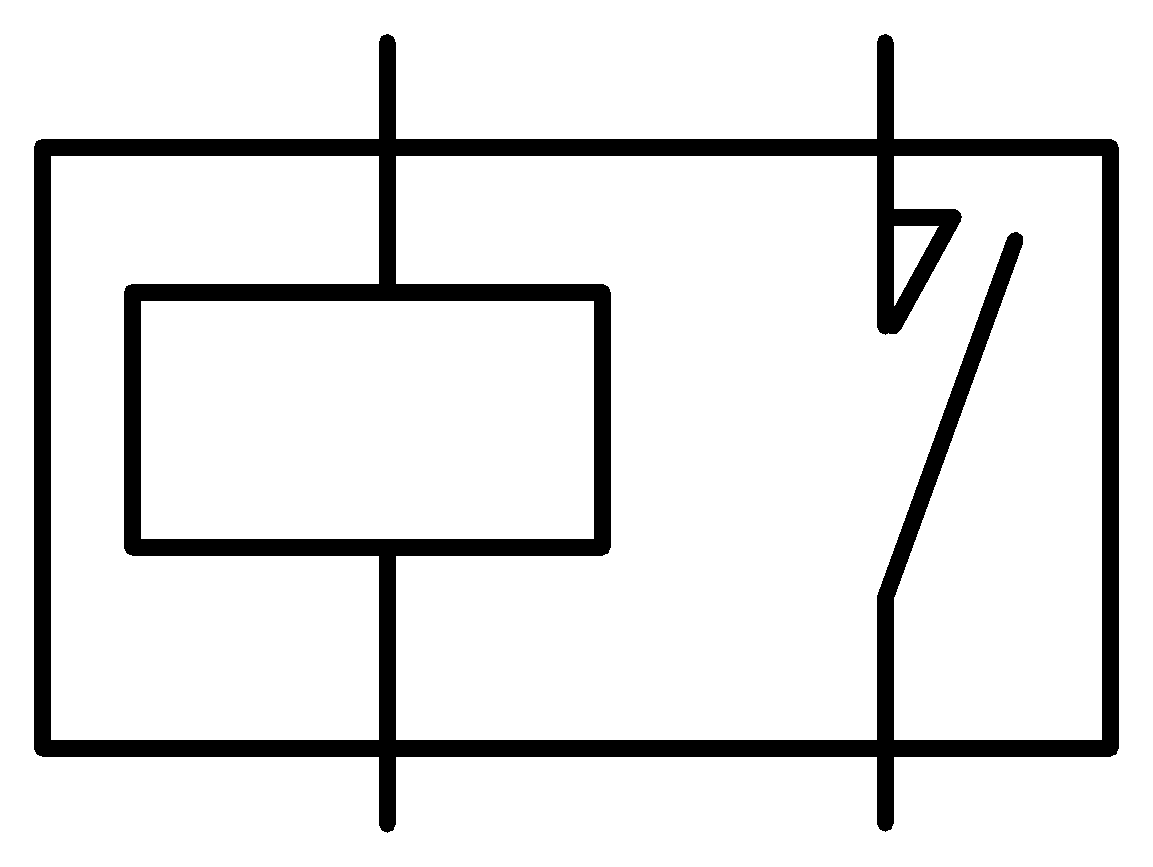 Logic gates are processors which make simple decisions based on inputs. There are three main types of logic gates - AND, OR and NOT.

In a logic gate, a logic 1 means the current is above a certain value.  A current less than this value is at a logic 0.

AND gates – give an output at logic 1 if both inputs are at logic 1.

OR gates – give an output at logic 1 if either inputs are at logic 1.

NOT gates – give an output at logic 1 if the input is at logic 0.

Truth tables are used to show us the possible combinations of inputs and outputs for a logic gate.