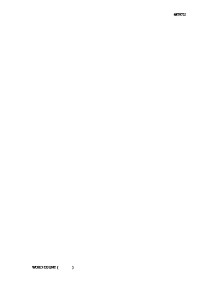 Both Scott Hicks's film Snow Falling on Cedars and Peter Hoeg's novel Miss Smilla's Feeling for Snow create images of natural beauty and purity and also of power and destruction with the same motif: snow.

Both Scott Hicks's film Snow Falling on Cedars and Peter Hoeg's novel Miss Smilla's Feeling for Snow create images of natural beauty and purity and also of power and destruction with the same motif: snow. The snow obviously shapes Smilla's world in a very conscious way, it is her ally in her struggle; whilst Ishmael's world is under attack literally and symbolically from this powerful natural force. The flickering lights of the courthouse capture the fragility of human reason and decency as the snow beats against the roof. Yet in both endings the snow comes to represent freshness and purity, and it is through the stories of Smilla and Ishmael that Hoeg and Hicks explore this transition. The snow falling in Smilla's world is quanick, large, light and magical and the fog obscuring Karl's world, possesses an equally mysterious quality. From these points of departure, both Hoeg's novel and Hicks's film begin to create worlds characterised and shaped by formidable weather. Both stories are powerfully conveyed by the vivid imagery of their settings. Hoeg opens his novel with a powerful prologue, set at a funeral; Smilla instantly informs us that weather, the seemingly limitless "December darkness", has influenced her mood. Smilla's connection with her environment is stressed throughout the novel and is strikingly apparent in the conclusion. She is left alone on a pure-white glacier, in the freshly fallen snow. ...read more.

reveals an idea of a search for "truth" in life, not simply in the hunt for Isaiah's murderer, but in a broader philosophical consideration of the meaning of life. The apparent randomness of human existence is similarly present in Hicks's film, most powerfully and explicitly expressed by the line of the wise defence lawyer, Nels, after Ishmael's pivotal decision, "accident rules every corner of the universe, except, perhaps, the chambers of the human heart."3 This is implicitly reinforced by the randomness of events; the freighter passing as Karl climbs the mast, Ishmael stumbling across the all-important radio records, and broadly World War Two, the enormous unnatural storm that cataclysmically reshapes the world of San Pietro. The use of memory to frame the present is crucial in Snow Falling on Cedars, in which the chronological is replaced by the emotional logic of Ishmael. Hicks cuts from scene to scene with apparent randomness; the typewriter inspires Ishmael's memory of the war, his father's spectacles reminds him of the strawberry princess parade. The images within the flashbacks are often spasmodic and quickly spliced; the flashes of children, the waves, the dead fish and a sensually bitten strawberry powerfully imply the loss of innocence in the relationship of Ishmael and Hatsue as it becomes s****l. The fact that the cuts appear arbitrary and the scenes they lead to and from almost disconnected is Hicks recreating human memory, which follows a different pace to time. ...read more.

In contrast to the snow imagery, fire and warmth, are used by both Hoeg and Hicks to illustrate passion and destruction in their characters' worlds. Whilst Smilla is inherently characterised by the qualities of snow, her memories also connect her mother with the snow and ice of their surroundings, conversely her father has a driving ambition, "the eternal flame of the alchemist"5, a fiery man determined to overcome nature (he is a doctor) rather than coexist with it. The characters evoked in Smilla's flashbacks are briefly and blandly pictured, strongly contrasting with the minutely detailed settings and emotions. Rarely does Hoeg use emotive language in his descriptions, the language lacks exaggeration or colour, it is clinical. Ishmael's flashbacks are strikingly different; they are fuelled by the warmth of human emotion and connection. The majority of flashbacks in the film explore Hatsue's and Ishmael's past relationship. Hicks uses close-ups of smiling faces and a fuzzy filter as well as sound-bites carrying over from one scene to another, to give the memories a warmth and a connection to the present. Fire is a repeated image during the war scenes and is used by Hicks to convey an important aspect of the story: Ishmael's personal struggle. Flashes of fire, bubbling water, noise and flickering light are used to depict war, it is not excessive war machinery or blood, but images of Ishmael that we see. This reinforces the idea of Ishmael's personal struggle rather than an archetypal war-scene. Ishmael and Smilla are similar in that they both are isolated within their societies and also from their audiences. ...read more.