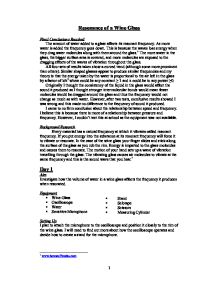 Resonance of a Wine Glass

Resonance of a Wine Glass

The amount of water added to a glass affects its resonant frequency. As more water is added the frequency goes down. This is because the waves lose energy when they drag water molecules along with them around the glass.[1] The more water in the glass, the bigger surface area is covered, and more molecules are exposed to the dragging effects of the waves of vibration throughout the glass.

All four sets of results taken show a curved trend (although some more prominent than others). Similar shaped glasses appear to produce similar frequencies and my theory is that the energy taken by the water is proportional to the air left in the glass by a factor of k/x2 where could be any constant > 1 and x could be to any power >0.

Originally I thought the consistency of the liquid in the glass would affect the sound it produced as I thought stronger intermolecular bonds would mean fewer molecules would be dragged around the glass and thus the frequency would not change as much as with water. However, after two tests, conclusive results showed I was wrong and this made no difference to the frequency of sound it produced.

The results shown in the scatter graph[4], I believe, show a definite trend. There is quite a strong correlation; however, it could be argued whether a line of best fit would be a curved or straight line. What is certain is that as the volume of water in the glass increases, the frequency decreases. My prediction was correct.

To ascertain how much possibility there was of this being a straight line. I have used a statistical method to analyse correlation. This involves taking the x and y values and formulating them into and equation which shows the strength of a correlation.[5]

The reason that the water changes the frequency of the sound waves produced is that as a resonant wave moves around the glass, it drags the water molecules with it, creating a wave of water that you can see near the edge of the glass.

There could instead, be a relationship between the pressure forced upon the glass by my finger and the voltage signal produced. However, I cannot test this as I do not have the equipment.Although only slight, the error could be partly due to any inaccuracies in the readings taken from the oscilloscope. As I can only judge the readings to 0.5mv human error is avoidable. The scale provided on the oscilloscope is only a general guidance. 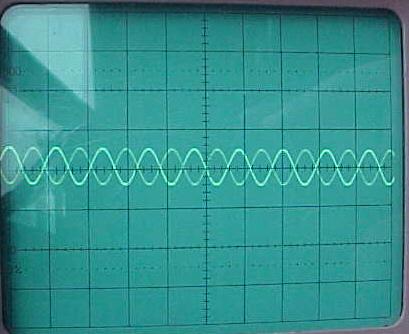 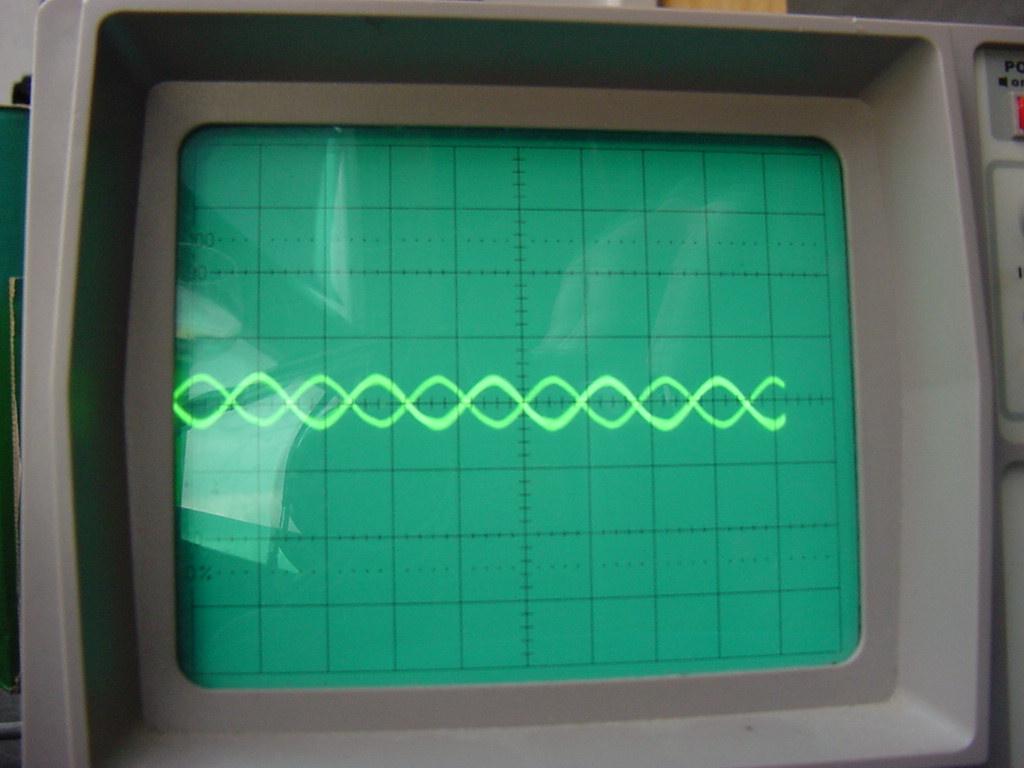 On a few occasions a standing wave was produced on the screen. I believe this is not really to do with the reflection of sound waves from other objects to the microphone (see diagram) 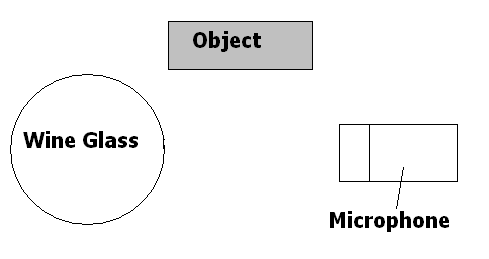 This diagram shows what could have happened. Sound waves are vibrated out from the wine glass and travel in all directions. One wave can reach the microphone in phase and another could be reflected from an object to the microphone and be out of phase at is has travelled a longer distance.

As can be seen on the two pictures above, one wave appears to be brighter and clearer than the other. This could show that the line which traces the wave on the oscilloscope has just finished the first trace and gone back trace the next period of t. For this to be rectified, the dial on the oscilloscope would have to be changed to al the time that each square represents.

There has clearly been a lot of effort and detail that has been put into this report.
1. The structure of the report is very unusual. Reports should not be structured into days.
2. There are several investigations that roll on from each other. Reports should have one investigation in them.
3. There are several information sections that are in the wrong place.
4. The use of images is good.
*** (3 stars)