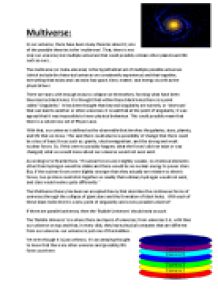 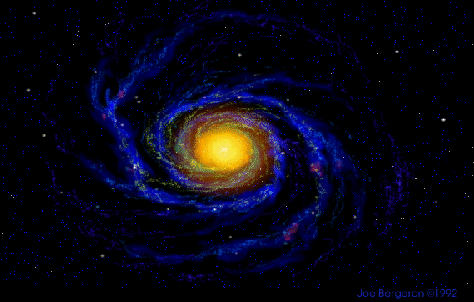 In our universe, there have been many theories about it; one of the possible theories is the ‘multiverse’. That, there is not only our universe; but multiple universes that could possibly contain other planets and life such as ours…

The multiverse (or meta-universe) is the hypothetical set of multiple possible universes (which include the historical universe we consistently experience) and that together, everything that exists and can exist has space, time, matter, and energy as well as the physical laws.

There are stars with enough

With that, our universe is defined as the observable that involves the galaxies, stars, planets, and life that we know. This said there could also be a possibility of change that there could be a loss of basic forces such as: gravity, electromagnetism, and the strong and weak nuclear forces. So, if this were to possibly happen, (that the force/s did not exist or was changed) what we would know about our universe would not even exist.

According to Sir Martin Rees, "If nuclear forces were slightly weaker, no

If there are parallel universes, then the ‘Bubble Universes’ should exist as such.

The ‘Bubble Universe’ is a where there are layers of universes, from universes 1-6, with then our universe on top and that, in every disk; they have physical constants that are different from our universe- our universe is just one of the bubbles...

Yet even though it is just a theory, it’s an amazing thought to know that there are other universe and (possibly) life forms out there.