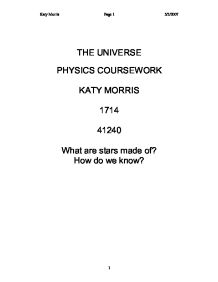 What are stars made of?

What are stars made of?

How do we know?

What Are Stars Made Of?

The Life Of A Star.

The Life Cycle Of A Star.

Our Star The Sun.

What is a Star?

How Do We Know What Stars Are Made From?

Picture Of Stars That I found

Information Used From the following Websites:

What Are Stars Made Of?

Stars are made of very hot gasses, mainly hydrogen and helium.  The gas gets denser and hotter as you had toward the middle of the star.

In the sun the temperature reaches 15 million degrees Celsius.  The largest stars make other elements in their cores, as a by-product of the nuclear fusion that powers them.  Most material in the earth and in our bodies has been created in this way in the stars and spread throughout the galaxy by supernova explosions.  So basically, stars are big exploding balls of gas, mostly hydrogen and helium.

The Life Of A Star.

Our nearest star, the Sun, is so hot that the huge amount of hydrogen is undergoing a regular star-wide nuclear reaction, like in a hydrogen bomb. Even though it is frequently exploding in a nuclear reaction, the Sun and other stars are so large and have so much matter in them that it will take billions of years for the explosion to use all the "fuel" in the star. The huge reactions taking place in stars are frequently releasing energy (called electromagnetic radiation) 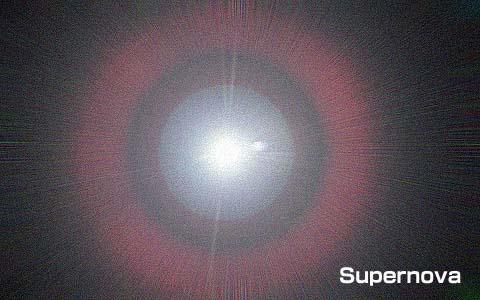 Some stars collapse under their own weight, causing supernova explosions

When a star's mass is about three times that of our Sun, after the red giant phase has finished, it begins to collapse under its own weight, causing a supernova explosion that scatters it through space.

Its brightness at this point will be 100 billion times that of the Sun. When this happens, it looks as if a bright new star has appeared in the night sky. Supernova explosions of some exceptionally massive stars leave in their wake neutron stars, called pulsars, and black holes. Sometimes the scattered clouds of gas and particles become the stuff of new stars.

Our Star The Sun.

Scientists think that the core of the Sun is 15 million degree Celsius plasma, a soup of electrons and protons that are stripped from hydrogen atoms. This "soup," called plasma, makes up 90 percent of the Sun. Every second, thousands of protons in the Sun's core collides with other protons to produce helium nuclei in a nuclear fusion reaction that releases energy. Just outside the core, energy moves outward by a process called radiation.

Closer to the surface, the energy moves out by a process called convection - hot gases rise, cool, and sink back down again. As these masses of gas move, they push off of each other causing "Sun-quakes." These make the material in the Sun vibrate. These Sun-quakes help scientists determine the Sun's internal structure and the processes occurring at different locations underneath the Sun's surface. 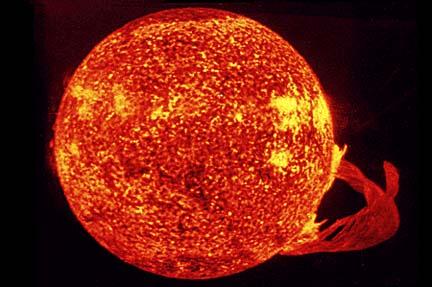 NASA Photo of the Sun taken by Skylab in 1973.
From the Astronomy Picture of the Day Archives, 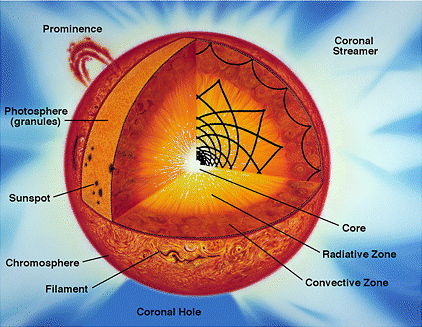 This drawing shows the major features of the Sun. The Sun actually consists of 90% hydrogen and a mixture of other gases.

Neither planets nor stars, brown dwarfs share properties with both kinds of objects: They are formed in molecular clouds much as stars are, but their atmospheres are reminiscent of the giant gaseous planets. Astronomers are beginning to characterize variations among brown dwarfs with the aim of determining their meaning among the Galaxy's constituents. In this image a young brown dwarf is eclipsed by one of its orbiting planets as seen from the surface of the planet's moon.

How Do We Know What Stars Are Made From?

What is incredible is that just by looking at starlight astronomers can discover what a star is made from. The light that we see is just one kind of radiation known as 'visible light'.

Different stars give out varying amounts of these signals, known as their 'spectrum'. When measured, the spectrum appears as a series of bright and dark lines positioned at specific frequencies.

This is the blueprint of a star and provides a wealth of information about what is happening inside. As elements are heated inside the star, they absorb and emit energy, creating a 'blip' in the star's spectrum. So the position and strength of these lines reveal what elements are inside the star. Stars are classified into 'spectral types' according to the shape of this spectrum.

Picture Of Stars That I found 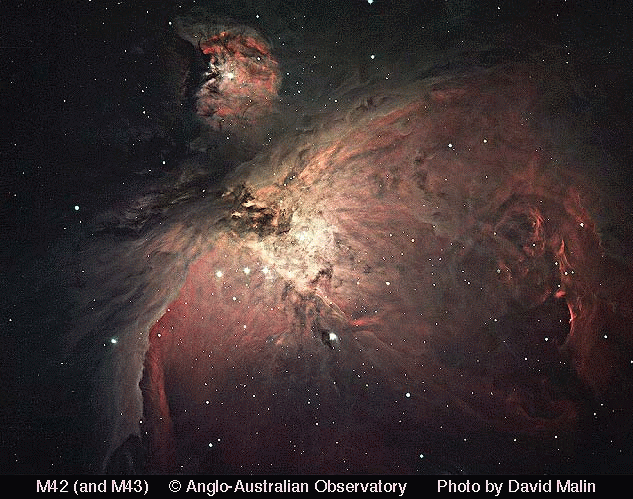 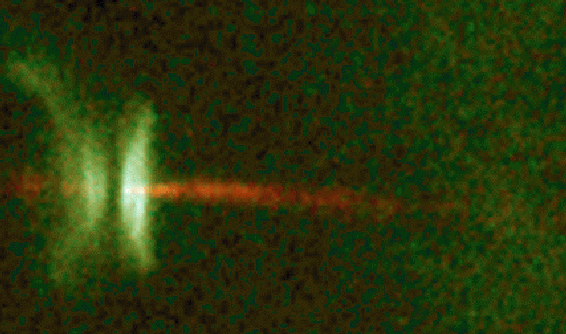 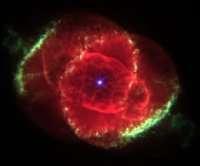 The images above were from the http://legacy.gsfc.nasa.gov/docs/HEASARC_HOME_PAGE.html