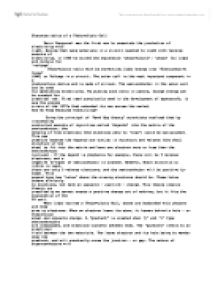 Characteristics of a Photovoltaic Cell.

Characteristics of a Photovoltaic Cell

light. Seeing that many materials in a circuit reacted to light with varying amounts of

electricity, in 1839 he coined the expression ‘photovoltaic’: ‘photo’ for light and voltaic for

(EMF) or Voltage in a circuit. The solar cell is the most important component in a

photovoltaic device and is made of silicon. The semiconductor in the solar cell can be used

for generating electricity. By placing such cells in panels, enough energy can be created for

practical use. First used practically used in the development of spacecraft, it was the energy

crisis of the 1970s that extended its use across the market.

How Do They Generate Electricity?

controlled amounts of impurities called ‘dopants’ into the matrix of the semiconductor, the

density of free electrons (the electrons able to ‘jump’) could be manipulated. This was

(silicon). If the dopant is phopherus for example, there will be 5 valence electrons, and a

load. They protect the battery from overcharge or excessive discharge.

*        Battery - Batteries store the energy generated by the solar modules.

current) to run many common appliances and equipment.

‘Band Gap Theory’ is the basis for the functioning of the Photovoltaic cell. Using

layers of oppositely charged semiconductors, the principal of creating an electrical field or

the junction and transfer a current through the cell. The energy needed from the photons

‘band gap energy’ in the covalent bond holding the electrons in place in the valance band.

metal. In a giant metallic structure (most metals) the ‘gap’ is non-existent; the electrons are

free to travel in a ‘cloud’ or ‘sea’ between the bonded atoms. The opposite is apparent in

an insulator. Here the gap between the valence and conduction bands is too large for

electrons to freely ‘jump’ between them, and so electrical current cannot flow. A

semiconductor however draws a balance between the two extremes. Here, the two bands

XS), maximum power transfer to the load occurs when ZT is equal to ZS* (the complex conjugate of ZS)

and the other capacitive).

XS), maximum power transfer to the load occurs when RT is equal to the magnitude of the impedance

comprising ZS in series with XT:

Note that if XT is zero, maximum power transfer occurs when RT is equal to the magnitude of ZS:

connected to an alternating voltage source ES with series impedance ZS, maximum power transfer to the

The place of maximum power on these I-V graphs

For the short circuit when you use EMF for the voltage, and take current you can