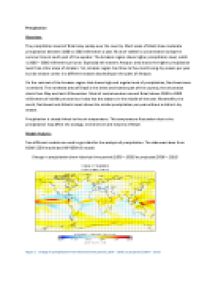 Climate modelling of Precipitation in Brazil