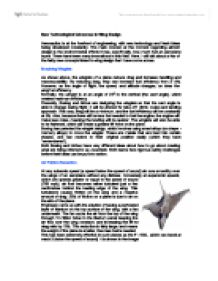 Aeronautics is at the forefront of engineering, with new technology and fresh ideas being developed constantly. The main concern at the moment regarding aircraft design is the environmental effects it has, specifically, how much fuel an aeroplane burns. There have been many innovations in this field. Here, I will talk about a few of the fairly new concepts linked to wing design that I have come across.

As shown above, the winglets of a plane reduce drag and increase handling and manoeuvrability. By reducing drag, they can increase fuel efficiency from 3-5%. However, as the angle of flight, the speed, and altitude changes, so does the wingl1et efficiency.

Normally, the winglet is at an angle of 25o to the vertical (the cant angle), which creates maximum efficiency.

Presently, Boeing and Airbus are designing the winglets so that the cant angle is able to change during flight. It will be altered for take-off, climb, cruise and landing approach. 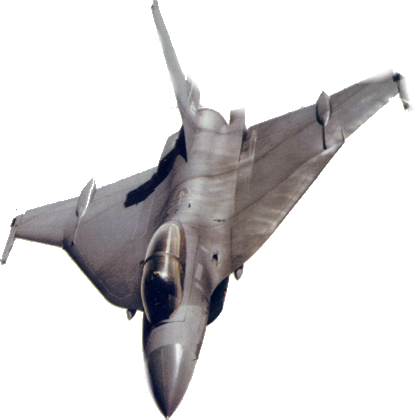 Engineers came up with the solution of having a perforated layer of titanium on the top surface of the wing, with a fan underneath. The fan sucks the air from the top of the wing through 10 million holes in the titanium panel keeping the air flow over the wing constant, and increasing the lift-to-drag ratio by 10%. This reduction is fairly large, and means the weight of the plane is smaller, thus less fuel is needed.

This has been extremely effective in such planes as the F-16XL, which can travel at mach 2 (twice the speed of sound). It is shown in the image. 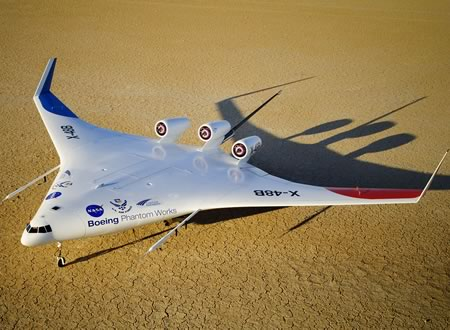 One of the most interesting technological breakthroughs in aircraft design is one which is currently in the process of being engineered; the Blended Wing design plane. The design takes a massive turn from modern day aircraft, which have a long fuselage, and take the appearance of a paper aeroplane, making it extremely streamlined, which effectively cuts fuel usage by 20%.

Intelligent systems in the aircraft would act as a “central nervous system” for the plane, so it would be able to process relevant physical responses. This system will have many advantages over current systems of self-maintenance. It will be able to detect fuel-efficiency, safety and noise generated from the aircraft. This, in turn will produce a better ride quality, better manoeuvrability, lower landing speeds and extensive versatility. The image below shows how the wing of an aeroplane could morph while in flight.

Though we are still unsure of how feasible this is, and even if we will be able to develop this kind of technology in the 21st century, it is an extremely interesting concept, and scientists are considering ways to create it.